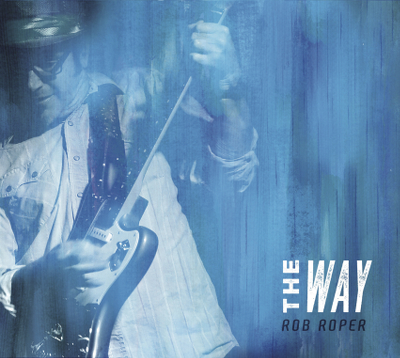 
I wrote several songs in the 2013-2018 time frame, which I consider some of my best songs. They were almost all rock songs in style. I kept saying I would record them on a new album, but I was having too much fun playing live with my bands, Scupanon and Electric Poetry. Then, in March, 2020, a virus caused all my live shows to be cancelled. I was bummed out, of course. I love playing in bands for people.

Since I couldn't play live, I decided to use the downtime to get these songs recorded. I chose The Keep Recording in Denver, Colorado and engineer Jeff Kanan. Jeff Kanan also served as a co-producer, assisting me with the arrangements. I selected 13 songs and 2 instrumentals for the album, written as far back as 2004 and as late as 2020, but mostly from that 2013-2018 time frame. A team of outstanding professional musicians contributed their ideas and skills. The result is my biggest and best recording yet-- The Way.

When I released the instrumental rock album Roses in 2016, under the bandname of Total Flower Chaos, I said that it was to correct the imbalance in my recorded music-- too much folk and not enough rock. The Way is a further step in that direction. But as the title song of the album says, "It was just a stop along The Way."

To read about the making of The Way, click here and here.

How to Hear the Songs of The Way


You can buy the CD or download the songs on my Bandcamp site or Apple itunes site.
You can also hear the songs on itunes, Spotify, Amazon.com and other streaming platforms.
Please be aware, however, that downloads pay artists much more than streaming.

Before you download, however, I should point out that the artwork by Pat Creyts is awesome, as you can see from the above graphic.
So you might consider getting the CD for the beauty of it.

Denver residents can buy The Way and my other CDs at Twist and Shout Record Store.

Recorded and Mixed by Jeff Kanan

at The Keep Recording, Denver, Colorado

(Some guitars recorded by Rob Roper at his home in Denver.)